Our models and manual investigations often uncover unlabeled domain names that are likely to be part of an infection chain – eventually leading to domains already known to be malicious.
During the first week of March, cdn11[.]net and cdn777[.]net were observed, before other domains, serving exploit kits.
Curiously, our DNS database didn’t have any information about these specific domains – and using a local DNS resolver offered no additional insight. The dnsws[.]net authoritative servers were apparently not answering any queries about these domain names.
Why were queries to these being observed over and over again?
Temporarily sinkholing these domains revealed that they were being loaded from a small set of compromised sites which people were redirected to via malvertising methods. Based on our research this was occurring primarily via Yahoo Ads.
Clients following this infection chain all had something in common: the user language. The user language, as specified by the Accept-Language header sent by web browsers, was Brazilian Portuguese (pt-BR).
Our friend @vmmello further reported that these domain names were actually resolving in Brazil.
Trying to access the URL observed in our sinkhole logs returned nothing but empty content. However, the same URL accessed from a client IP located in Brazil was serving something radically different.
In addition to some basic analytics code, this page included an iframe that ignited an exploit kit.
This campaign targeting Brazil was invisible to the rest of the world. A set of custom authoritative DNS servers was answering only some specific client IPs based on their geographical location. Also, the web server injecting the page with the malicious iframe was not answering clients outside of Brazil.
The first set of domains was taken down by the registrar. The bad guys shifted to a new set of domains immediately after, with winter-cdn[.]com being the first one we observed.
Browsing hxxp://www.winter-cdn.com, or the exact referrer displayed a page that simply read “This account has been suspended”. 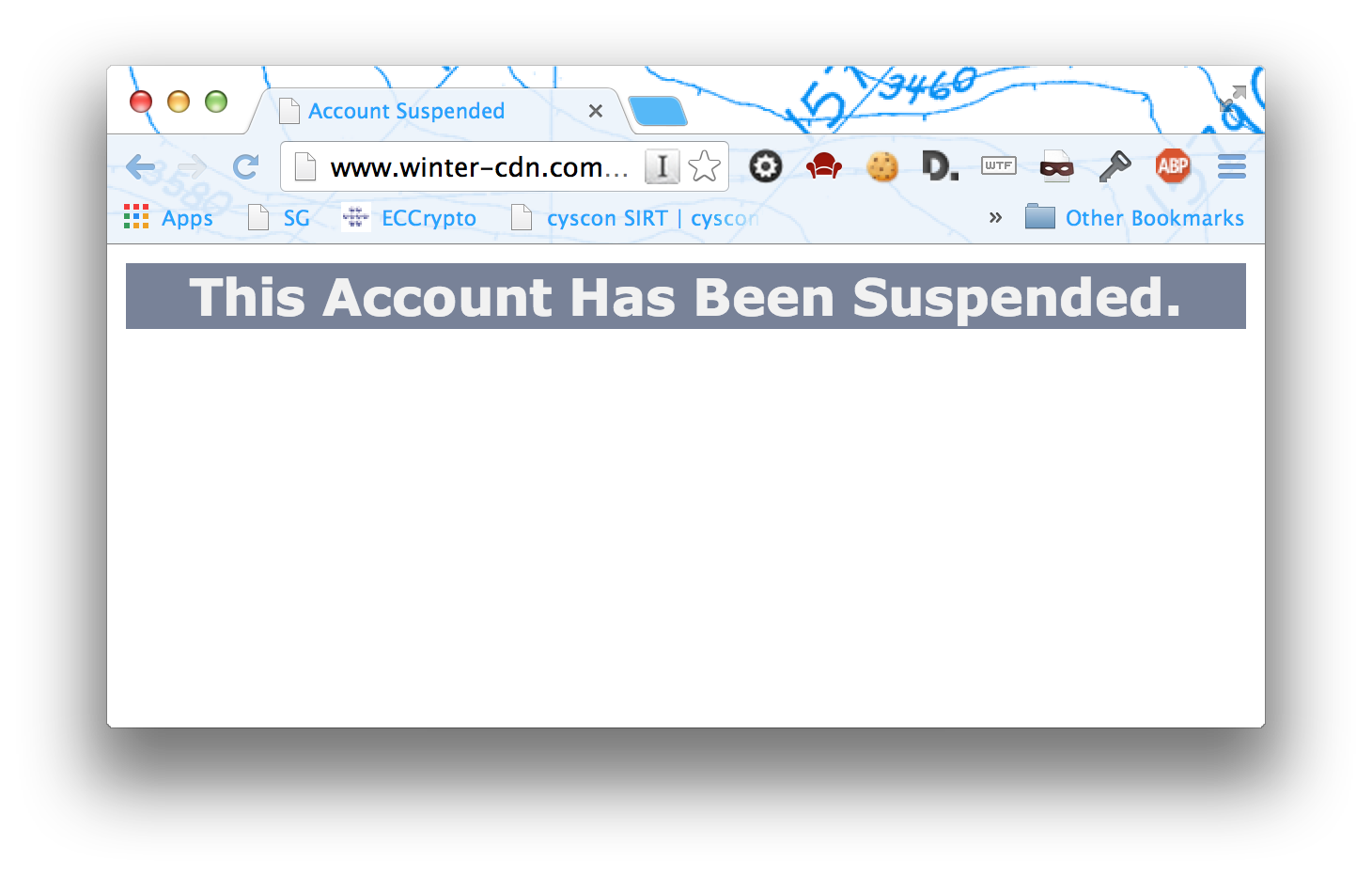 At first, it sounded like good news. We had hoped that the hosting provider had already closed the bad actor’s account. Sinkholing this domain revealed that the following chain was being used to reach the site:
Yahoo malvertising (targeting Brazil) -> www[.]soloinvite[.]com -> www[.]winter-cdn[.]net
As it happens, browsing www[.]soloinvite[.]com also displayed a “This account has been suspended” banner.
So far, so good. Unfortunately, in mapping the location of the requesting clients, Brazil was still clearly targeted:

We tried to access these URLs using a popular VPN service that had a point of presence in Brazil. Unfortunately, all we got was the “this domain has been suspended” banner.
Case closed? Not quite yet. We decided to keep investigating.
Accessing the same URLs via the IP address of a residential ISP in Brazil returned noticeably different content: 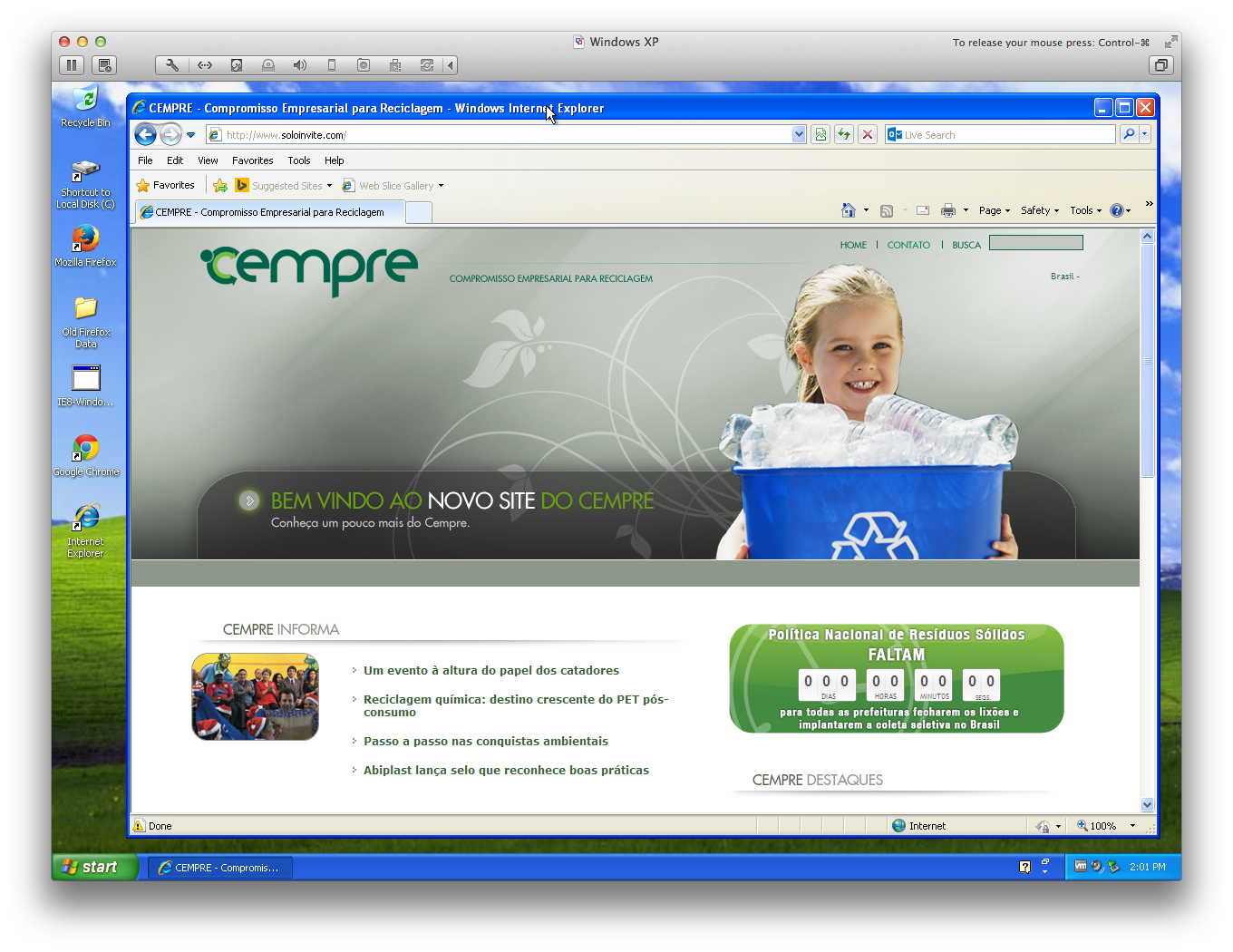 At face value, this would have been a totally benign web site. That is, of course, if it didn’t contain the following code:

When loaded from a browser (instead of a web crawler) a fake banner is loaded. This looks like the following:

The content of this iframe was similar to what was previously observed. It contained some basic analytics as well as a rotator for the exploit kit code:

Unfortunately, these techniques appear to be quite successful, with only 1 other security vendor out of 51 having flagged some of these domains as malicious.

This particular issue illustrates the need to explore and combine different techniques to successfully track malware. Also, continuous tweaking and improvement of methodologies, classifiers, and inspection capabilities is required to keep pace with the attackers.