When it comes to protecting a single location or network perimeter, appliance-based solutions seem to rule the day. While typically expensive, their ability to detect and enforce is second to none when protecting a single internet egress point. However, this approach is challenged when trying to extend protection to distributed networks, remote locations or employees constantly on the move.

But never fear, there is a solution!

OpenDNS recently partnered with FireEye, the leader in APT detection and behavioral analysis, to integrate Umbrella with the FireEye Web Malware Protection System (MPS). The integration of these two security offerings represents a turning point in traditional perimeter-based security; any MPS appliance can now direct its intelligence to Umbrella to extend its layer of protection to hard-to-reach locations or roaming devices.

In addition to extending protection off network via our cloud-based solution, we’ve also made enabling the integration incredibly simple. While the majority of security solutions in today’s market can take significant time or professional resources to deploy, this integration allows you to extend protection in as little as 5 minutes.

So how does it work? Well, it’s quite simple: 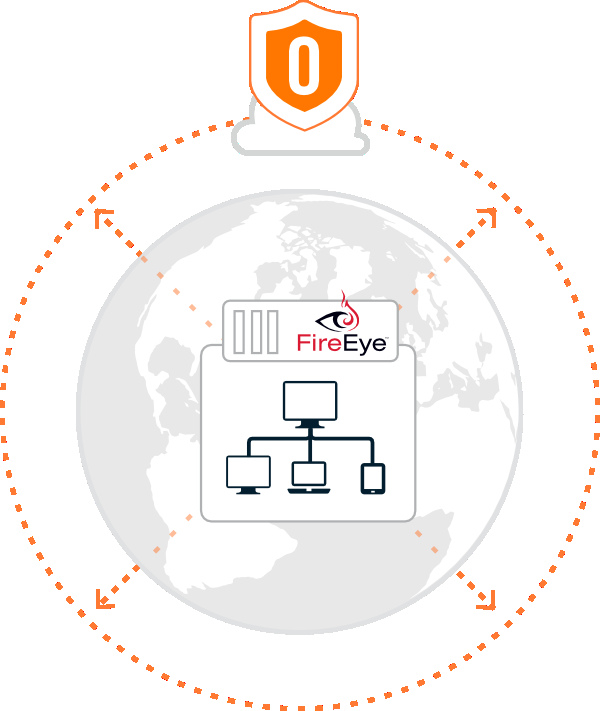 By utilising a real time alerting system built into the FireEye appliance, Umbrella is able to act upon any suspicious or known malicious activity at the DNS level as soon as FireEye detects it. This means that Umbrella is able to cover any device with the built in power of Security Graph as well as FireEye’s APT and behavioral analysis, creating a true force multiplier for today’s security buyer.
This integration demonstrates the evolution of the traditional security perimeter; where once it was solely confined to the physical limitations of the wired network, we can now shift to the global reach of the cloud. Today’s security buyers no longer have to make the hard choice between which network perimeter or set of roaming devices to protect – they can effectively extend their perimeter of protection anywhere with this integration.
Welcome to the new global security perimeter.