Having sufficient insight about events in your network can help first responders prioritize threats and respond correctly, saving time and personnel resources—always in short supply, especially for smaller shops.

One of the tools that can help security practitioners gain this insight is Bro, a network monitoring platform. Last week, OpenDNS hosted the inaugural Bro4Pros workshop, an in-depth two-day event featuring advanced user sessions. These sessions were given by the people who know Bro best, including several members of the organization’s development team and researchers from around the country. 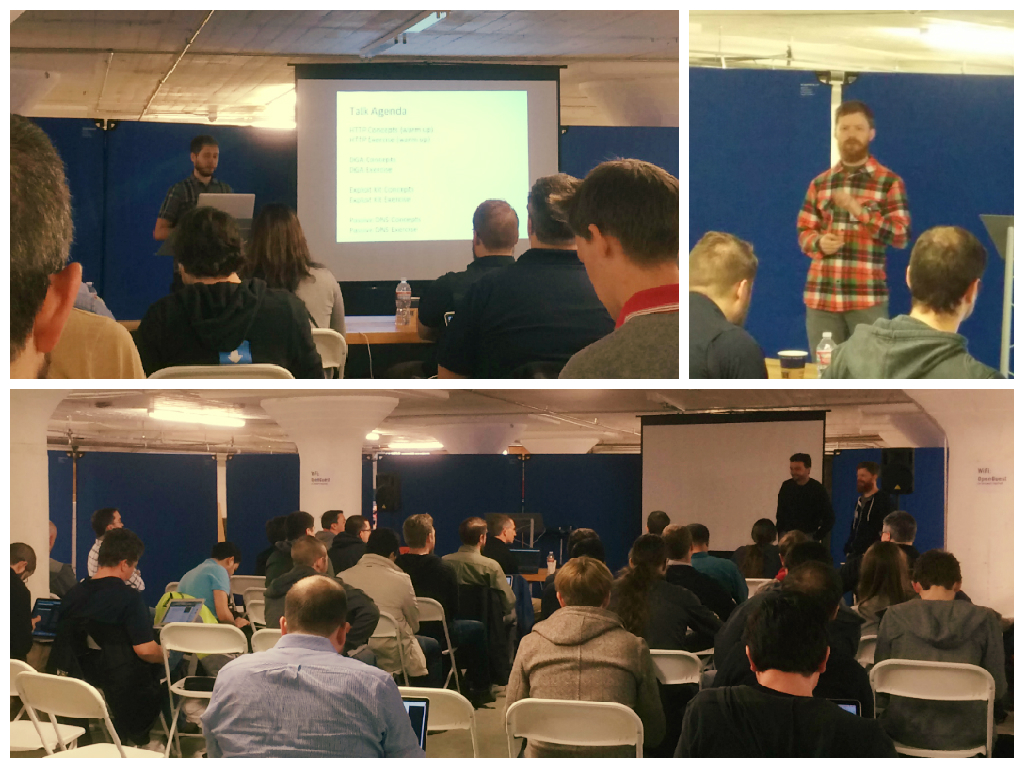 Although you may not have heard the name previously, the Bro platform has been around for some time—it celebrates its 20th anniversary this year. The platform itself is the product of a small group of intensely dedicated developers and researchers building on the initial design by Vern Paxson, who now leads Bro’s continuous development along with Robin Sommer.

“We had never planned to do a workshop like this,” said Seth Hall, a research engineer at the International Computer Science Institute and one of Bro’s core developers. “A few years ago, there weren’t enough people using Bro at a high enough level to do something like this. But everyone who runs Bro is crazy about it—that’s one of the reasons it’s fun to work on, and that’s why the community eventually grew enough for us to put on this workshop.”

One of the major reasons for Bro’s success is funding from the National Science Foundation in the form of two research grants. The awards, which were given to further research and projects developing Bro, will help keep the platform’s creators going through 2016.

Despite the limited resources, the team has managed to build a powerhouse tool that sees use with security teams in several industries, from corporations to universities to government offices. “There’s no other open source product—or even commercial product—that does what Bro does,” said Hall. “We’ve even seen people rip out commercial products to run Bro.”

Sound intriguing? Below, you’ll find a quick primer to get you up to speed on Bro, often considered the best kept secret in security:

Everything to Know About Bro (Well, Almost.)
Cheekily named after “big brother”, Bro is an open source network monitoring framework that can help a network operator identify malicious or suspicious events in network traffic. “At an extremely high level, Bro can be described as network traffic in, database out,” said Hall. “The data is well organized—not like a log file. It’s easy to parse out the information and work with it.”

According to Paxson’s introductory paper, Bro: A System for Detecting Network Intruders in Real-Time, “Bro is divided into an “event engine” that reduces a kernel-filtered network traffic stream into a series of higher-level events, and a “policy script interpreter” that interprets event handlers written in a specialized language used to express a site’s security policy. Event handlers can update state information, synthesize new events, record information to disk, and generate real-time notifications via syslog.”

While the basic Bro platform is comprehensive, it is also programmable, allowing network operators to include additional scripts which customizes and extends the capabilities of the program. This flexibility allows Bro to be folded into almost any security stack—and as mentioned earlier,  it’s already used operationally at large organizations around the world.

Bro Benefits
One of Bro’s biggest value-adds is the amount of data it logs, allowing network operators to identify threats rapidly. “Nothing else gives [security practitioners] structured data on what sites are visited, what emails are sent, and what SSH connections are happening—Bro is a rich data source,” Hall said.

The best part? All data processed in Bro is coming from your network—an accessible resource everyone has. “Eventually, the Big Data community will catch on to Bro,” Hall predicted. “It has deep, flexible logging, and puts out so much data you won’t even know what to do with it!”

The other benefit of using Bro in your environment is the visibility it provides—an essential element for securing a network. According to Hall, “Visibility is the only defense you can have. It’s the last line of defense because not everything is known—sometimes you have to hunt and find malicious activity. That’s why most people learn Bro, because having visibility is key. As security practitioners, we have to know what’s going on, and then we can respond.”

Want to Give Bro a Try?
Initially, Bro may seem intimidating, but there are a wealth of resources available to network operators who are just starting out. The official Bro website (Zeek.org) is a great place to start, as is GitHub. As evidenced by this workshop, the wider Bro community is thriving, and offers many different options for connecting to Bro experts all over the world.