[ Editor’s note: Our new security research team is cranking out information faster than we can create a security blog.  So for now, we’re sharing some of the cool stuff they are doing here. Here’s one of their first pieces, dissecting the “Blackhole” exploit kit. ]
What is the “Blackhole” Exploit Kit?

What is a (DGA) Domain Generation Algorithm? 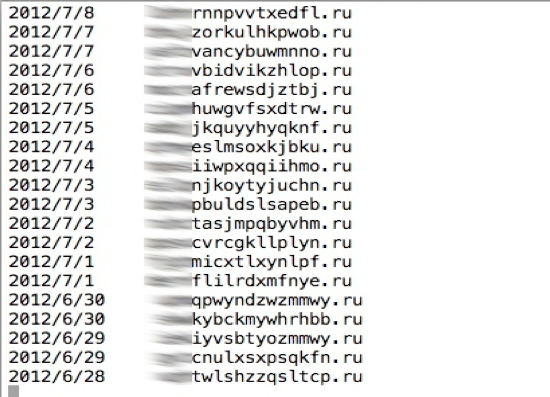 Snapshot taken on July 6 shows domains generated in the past week and two future days.

What did OpenDNS discover? 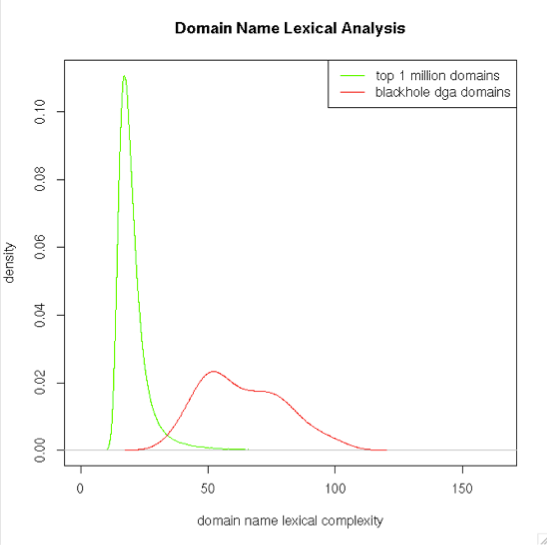 Lexical analysis on the domain names. 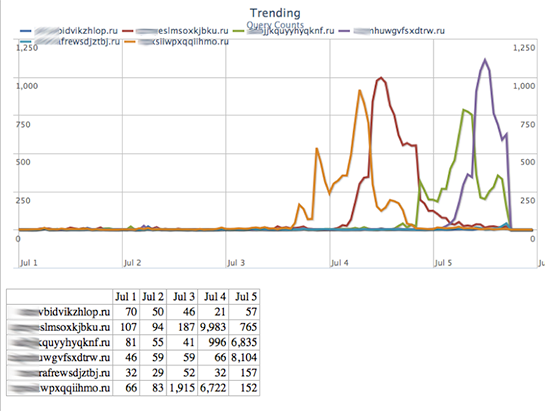 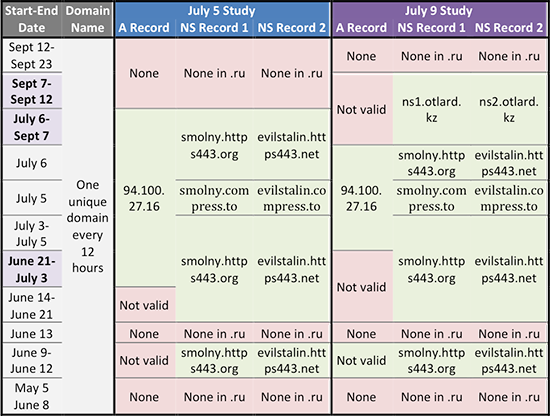 Blackhole DGA DNS resolution changes from May 5 thru September 23. 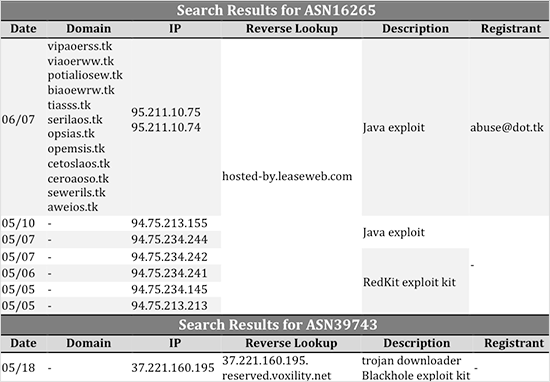 OpenDNS found conclusive evidence that the domain names discovered were generated by software with malicious intent.