In June, we examined a new wave of Bitcoin wallet phishing against a backdrop of pre-Brexit anxiety and Bitcoin’s price skyrocketing past $775. A lot has happened since then: the UK voted to leave the EU, some big Bitcoin wallets were hacked, and the price of Bitcoin plunged (though is now rebounding). Throughout it all, attackers have consistently tried to phish users to gain access to Bitcoin wallets.
This blog outlines a detailed investigation into this new phishing trend which began with reports of a phishing campaign targeting Bitfinex customers after the company was breached. At that same time, our ML-based model, NLPRank, picked up this phishing campaign after we enhanced it to detect Bitcoin wallet phishes. After factoring in the delivery mechanisms of the campaign we covered in the previous blog, we also expanded our search to Adwords.
Expanding technical intelligence from Bitcoin phishing detection through hosting IPs, registrant emails, SSL certs, and OSINT hunting, we show how we cast a wider net on a variety of active cybercrime content: mainly phishing against other brands and credit card dump shops. Through this investigation, we found more than 280 Bitcoin phishing domains, so it is clear here that your Bitcoins are under attack. Additionally, criminals are using different methods and tricks to stay under the radar, such as using reverse proxy services to hide the IPs serving the illegal content.
With this investigation, we took some measures to increase the detection of NLPRank which runs on Avalanche. Avalanche is the data processing system we built to consume our authoritative DNS logs and power several detection models. Like any machine learning system, we constantly have to retrain the models with fresh data, and teach the machine to detect the latest type of attacks. For that, we have added new Bitcoin wallet pages to NLPRank‘s training set, and the net result was faster and more accurate detection.
Here are some of the latest results detected by NLPRank spoofing a variety of wallets :
Some of our latest hits spoofing blockchain.info:
Domain: blokchain[.]me
Timestamp: 2016-08-20 12:06:59.602000
Score: 0.998563706875

When looking at this IP address it is apparent there are other phishing domains and malicious activity on it:

Additionally, we have noticed that these Bitcoin wallet companies are starting to take better prevention measures in protecting their brands from being spoofed; here is an example of the online wallet company Coinbase registering a bunch of domains that typically would be used for typosquatting: 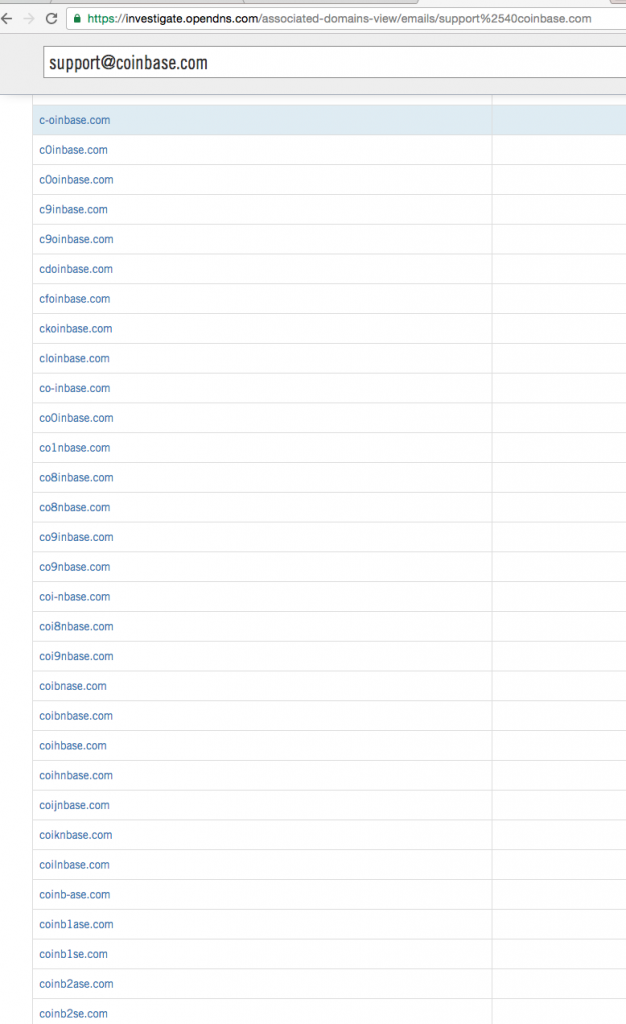 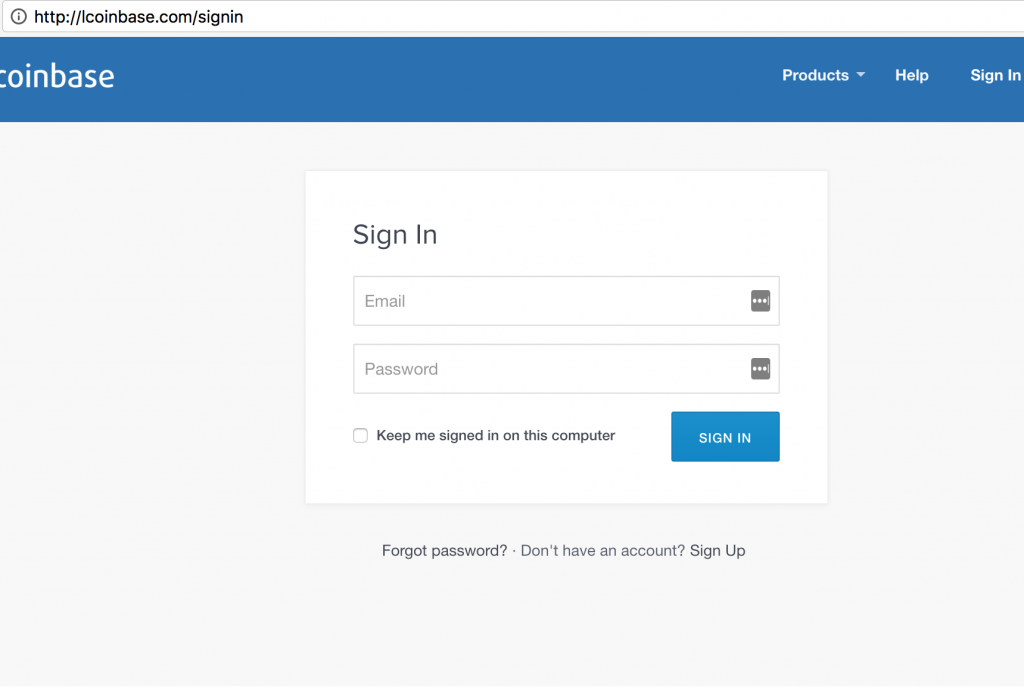 There are other domains associated with this email address also trying to phish other wallets such as Bitfinex:
bitfinrx[.]com
IOC
Malicious registrants:
blockchains@info.com
josephallann@mail.com
buckley@email.com
c.king@mail.com
marke9dkemfet@gmail.com
Domains: iocs_blockchain
With a combination of unsupervised machine learning techniques and threat hunting, OpenDNS remains at the forefront of detecting these type of phishing attacks and protecting these online crypto-currency wallets.

This investigation was a combination of algorithm-based detection and threat intelligence analyst research, which shows once more the importance of multi-pronged approaches for efficient preventive security. In our research work, we value equally both human domain expertise and up-to-date ML-based detection models.