The first OpenLate meetup was held on February 10, 2014. The early meetups were intended to feel like a cafe where coders could come to get work done. In the SOMA neighborhood of San Francisco that many startups call home, there are almost no cafes open in the evenings. OpenLate sought to address that need by giving night owls a place to relax and program.

The first events were held in the kitchen of the OpenDNS offices, but we quickly had to move to the office basement in order to fit all of the attendees. Originally the meetups were held from 8PM until midnight. 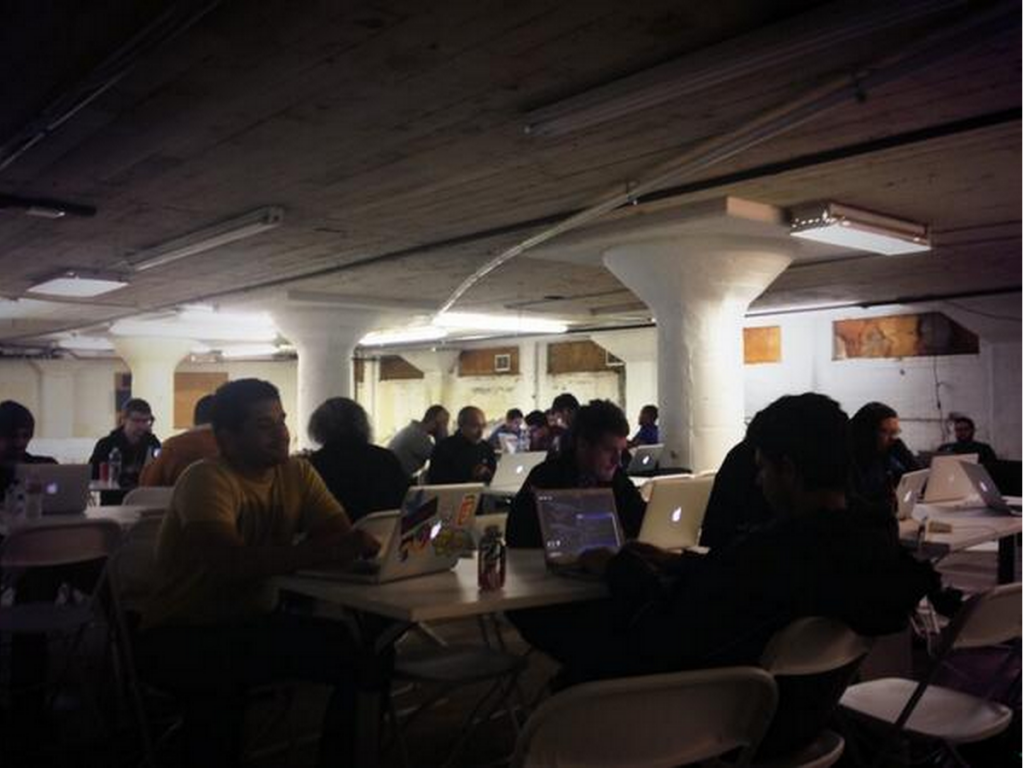 OpenLate began hosting themed meetups, such as an End of Windows XP night. As themes moved from whimsical to technical, we started to have presentations at events. The community responded positively to tech talks, so we continued to organize themes and speakers.  Around this time, the meetup began to change into a more structured speaker series with hack time after the talk.

As the meetup grew, so did OpenDNS. The company finished expanding our offices, and the meetup gained a large event space. We began to welcome more prominent speakers – such as Zed Shaw, Jeff Atwood, and Ryan Lackey. We also adjusted the timing of the meetups to run from 6:30PM to 10PM. 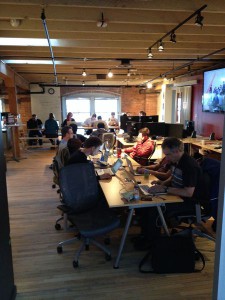 With the growth of the San Francisco meetup, we launched an OpenLate at the Vancouver offices of OpenDNS.  Supporting the startup community in Vancouver has been incredibly rewarding as it has grown significantly over the past year.

After a brief pause due to moving our YVR office two times over the last couple months, we now have a more permanent home and will be resuming our Canadian meetups in 2015.

After its holiday respite, OpenLate in San Francisco returns in January with strong meetups. Alex Liu from Netflix will be talking about front-end dependency management using NodeJS. Later in the month,  Sean Leach from Fastly will speak about running a global content delivery network. We plan to continue themed tech talks every other week, and we are always seeking new speakers – email pthomas@opendns.com if you are interested in giving a tech talk in San Francisco or Vancouver!

Join the community and RSVP for events: