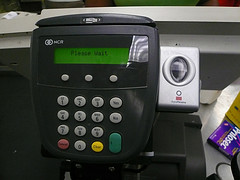 If you’re like us you have a hard time remembering the point of sale (PoS) breaches that have occurred over the years. In an effort to simplify past public breaches, we have created a timeline that describes 59 distinct PoS-related breaches where the following were (or are believed to be) true:

The incidents were found through a combination of “intense Googling”, referencing various news outlets, such as KrebsOnSecurity and ThreatPost, and several breach databases including the VCDB VERIS Community Database, Databreaches.net, and the OSF DataLossDB.

Looking at the data provided some interesting talking points.

For example, based on our research, the Fudruckers breach in 2002 may have been the first reported PoS malware-related breach. Also, out of all of the breaches we observed, the only businesses that went out of business as a direct result of a PoS malware infection were two Spicy Pickle restaurants in Kalamazoo, MI. (Readers, please correct us if we’re wrong…)

You can view the full timeline by clicking on the timeline image below:

This is not the complete list of PoS breaches to date. According to the 2014 Verizon Data Breach Investigations Report (DBIR), 198 total incidents were reported related to PoS intrusions. Unfortunately for us, Verizon doesn’t name victims in the report nor do they divulge client-specific information on any breaches handled by any of the DBIR contributors.

The DBIR team did, however, report that RAM scrapers have passed keyloggers as the most common malware associated with POS intrusions and that compromises take seconds or minutes (87 percent combined) to happen in POS attacks – with exfiltration happening within minutes of a compromise in 88 percent of breaches. Attackers, meanwhile, have free reign for weeks, in 85 percent of breaches before they are discovered.

Verizon also said that “Regardless of how large the victim organization was or which methods were used to steal payment card information, there is another commonality shared in 99% of the cases: someone else told the victim they had suffered a breach.”

We plan on treating this breach timeline as a living document. As such, if you have any additions or corrections, please let us know ASAP and we’ll update the data. Also, if you think a breach-to-variant comparison for the malware employed in each case would be of value, please drop us a line.