Editor’s note: OpenDNS users frequently tell us that they were introduced to the industry-leading security service through younger friends and family members. And usually they’re talking about high-school and college students! To learn more we reached out to Brandon Halsey, 20, of Crown Point, Indiana, who has set-up OpenDNS on machines for dozens of friends and family members and was considered the resident IT pro for his family by the time he was in middle school.

OpenDNS: How did you discover OpenDNS? 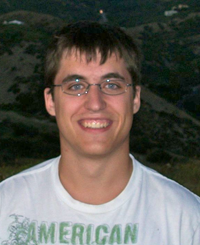 BH: When I was a freshman in high school I was messing around with a 2003 R2 Windows server to try and understand how it worked. I did some Internet research for a free recursive DNS server and came across OpenDNS. Even though you had just launched at that time, everything I read pointed to how OpenDNS was a faster and more reliable choice for DNS. I gave it a shot and immediately saw a difference from what my ISP offered. I’ve used it ever since.

OpenDNS: Whoa, back up. You discovered OpenDNS when you were a freshman in high school! Just when did you get into computers?
BH: I was in 5th grade when we got our first machine that ran Windows XP. I’ve always been curious, so I started tinkering around to see what I could learn about computers. I usually just play around with a computer or server until it breaks and then teach myself how to fix it. By the time I was in middle school I could completely reinstall Windows and fix most common problems. I got my CompTIA A+ and Network+ certifications when I was a junior in high school and just this year I got my “Microsoft Technology Specialist: Configuring Window 7” certification.

OpenDNS: That’s impressive! I know you’ve been helping teach older generations in your family about Internet security. Do you see that as a bigger trend?
BH: Definitely. Kids today start using the Internet for learning games when they’re not even in preschool, so it would make sense that they’d grow up to be more tech-savvy than their parents and grandparents who are less experienced with what is still a fairly new technology. I’ve set up OpenDNS on dozens of computers for my friends and family members who didn’t even know they had a choice in DNS (or what it was) and they’ve all thanked me for a faster Internet and protection from Internet threats. I see the trend continuing firsthand: Since I’ve left for college my little brother Nathan has taken over my role as resident IT guy at home.

OpenDNS: Any alarming stuff out there that you’re surprised to find most parents and grandparents aren’t even aware of?
BH: I would have to say that the biggest threat to my parents’ and grandparents’ generations is phishing. Though I am constantly telling them not to click links in phishing-style emails or log in to websites without double-checking the URL, the best way I help them combat phishing is to set up OpenDNS. I can count several occasions where I’ve gotten phone calls from family members asking why a seemingly upstanding website was blocked by OpenDNS and I’d have to explain to them what phishing is and how they were protected.

OpenDNS: When you’re not saving the planet from phishing attacks one friend or family member at a time, what do you do for fun?
BH: When I’m not busy fixing computers or studying, I am usually messing around with the rack server I recently acquired. I like to use it for experiments to see what I can learn without disturbing my current network setup. Lately I’ve been messing around with things like Group Policy and Active Directory that can save network administrators loads of time and money. I’m not all computers all the time, though. I recently discovered hiking and it’s been a wonderful stress-reliever for when school gets too hectic.