When Internet and college students mix, there’s bound to be some less than savory websites being accessed. Such is the story of Alexander Brown, an IT support engineer at Boland College in South Africa. He was at his wit’s end until he discovered OpenDNS… 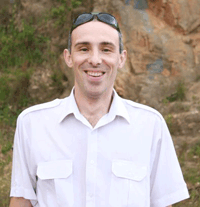 Tell us a little bit about Boland College?
Boland College is a Further Education and Training college in Worcester, South Africa. The college helps students who do not qualify for university to get a further education after completing high school. We have a wide range of subjects ranging from Farming Management to Information Technology. The Boland College group is made up out of six campuses all over the Western Cape Province.

How did Boland College start using OpenDNS?
About two years ago we received funding from our Department of Education to improve our campus network. We installed fiber optic lines and now have a 410-PC-strong network. This also meant that each and every class had access to the Internet. This was fantastic in the begining, but soon the reality of students on the internet became apparent.

And so…
The next day I went to your website and had a quick browse. It could not believe my eyes! Here was the solution to my biggest problem. I created an account and started testing to see what was filtered. Amazingly everything I tried I could not get pass the block page. What I love about this is I can manage the other campuses’ internet without even having to drive there. Fantastic!

The World Cup was recently held in South Africa… are you a big soccer fan?
It was an unbelievable month of intense suspense as the big guns in soccer played against each other. The feeling in South Africa at that time was amazing, people were talking soccer everywhere and bragging about their best teams and how far they will go. Some people were driving with little flags on their cars to show their support for their teams. Sadly South Africa didn’t get very far. So I supported the Netherlands all the way ’til the finals. It was so much fun!!!

What is the one tech gadget you can’t live without?
Gadget-wise, I am one of those guys that goes “Whoop” to everything with lots of buttons and lights. At this moment my Samsung touch screen phone is the gadget at the top of the list. With this I can do just about everything except for opening my beer. 🙂

Interested in answering five questions for the OpenDNS Blog? Let us know!